In the blog post of: The best kitesurfing spots in Vietnam, we want to refer to the main question that is taken into account when choosing your kite destination in Vietnam

Any kitesurfer -or wanna be kiter practitioner- who wants to learn our sport, when planning to travel to Vietnam, wants to know where to go, how it is there and, after all, choose the best kitesurf destination.

Then: Where to go? which are the best kite spots of Vietnam?   In fact, there are only few answers to that question.

It should not be like that. If there are no more answers, it is just because there have been no reports of other possible kitesurfing spots, but there are, of course.

But this is because those who travel to Vietnam, whether to learn kitesurfing or to practice it, are absorbed almost magnetically by two words: Mui ne

Is there any kitesurfing in Vietnam  besides Mui ne?  … Definitely!

However, once there, in Mui ne, some will have the time of their life.  Plenty kitesurfing action, great party at night, pretty girls and lots and lots of people to meet and talk about … kitesurfing, of course.

It’s okay and it worths to go to  Mui ne?  Well, the opinions on this issue are diverse, some say yes and some will say the opposite. I guess that must depend on to who you ask, logically.

Mui ne is a small Vietnamese village, friendly people, fishermen mostly, other locals who make their living thanks to tourism.

The place counts with quite a lot of activities and the social life of the place resumes around bars, restaurants, hotels and pensions and discotheques, all of them can be found along a road which is the main artery of the town, plus few more streets.

Mui ne beach, is a bit narrow in some parts and its shore it’s a bit sort of a slope type, meaning that in high tide there is not very broad beach and at low tide just a little more space but it is not a big beach, to the width at least.

That, evidently, don’t poses a problem for those that don’t go to Mui ne in search of a wild empty beach but to enjoy the good winds and the great kitesurfing atmosphere. According to the beach length it is  a quite large beach, in some parts more populated and in some part quieter.

The bad part is not the beach in fact, though not much  beach space means it’s going to inevitably cause large numbers of people and kites to share its area scattered around, mostly everywhere. Remember, everything has a positive and a not so positive part.

Sometimes a bit of rough water, gets created, it is not much fun, as this produce -again, only sometimes- some sort of unfriendly chop which is anything but pleasant to ride.

Than happens mostly when wind blows stronger, unless you ride on the outside, where the conditions improve greatly and so does the action in the water, meaning with it: less kitesurfers traffic.

But in general, and especially for those who already can kitesurf or they want to rent equipment, it is a very good option 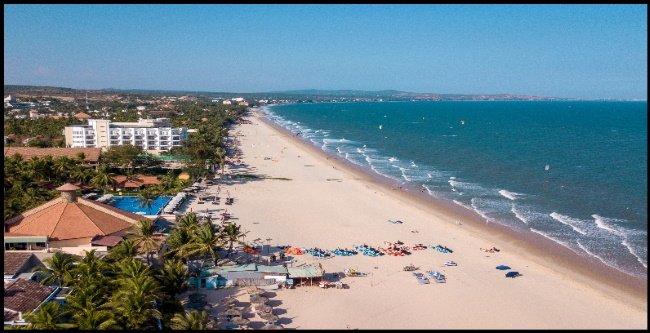 and if what you want is to rent kitesurfing equipment, you can try this guys:
https://c2skykitecenter.com/rental/

some Kiteforum opinions about Mui ne

Mui ne enjoys a great kitesurfing atmosphere, where surely you will have a lot of fun and 100 per cent, you will make new kite friends. 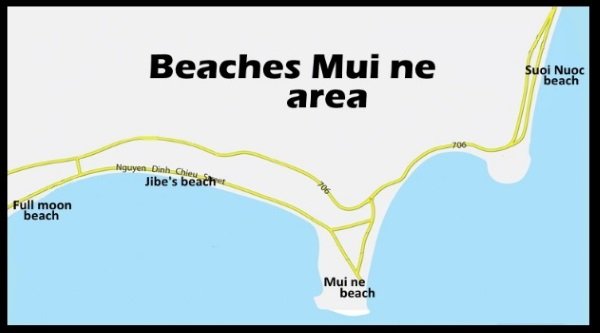 At some distance from Mui ne beach  you can find other spots, some offering waves, others  beautiful flat water, some of them you can reach by doing a kitesurfing downwind,  though, very often,  you have to hire a taxi or else a motorbike.

In Vietnam you can not rent a car, only if you have a Vietnamese driver’s license, which no one has except Vietnamese people, of course, therefore, you have to get a taxi or rent a motorcycle, but in that case, by following the road up North, you will discover some beautiful beaches, good winds and perfect kitesurfing conditions.

The next kite spot you’ll hear about is Phan Rang .  This one, it is a bit far up North from Mui ne to just get there by motorbike, in fact 125 kilometers or by Vietnamese standar, 2 hours drive.

The spot it’s offering a lot more flat and friendly water than Mui ne, and some more knots of wind also.

Kitesurfing rental in Phan Rang it is possible also through the same company exposed  up in Mui ne.

We might say that Phan Rang is the best kite spot of Vietnam and where all kitesurfers arriving to Vietnam should head, at least for few days.

And henceforth there are no records on internet that nobody has kitesurfed anywhere else around that part of the country, which it’s certainly not true, since there are always those who venture and go to places of which nobody has heard or kitesurf there, and logically, almost nobody realizes that this or that other place where you can kitesurf exists.

Other known kite spot of Vietnam is Phu Quy island, which is 120 kms in front of the coasts of Mui ne – Phan Thiet.  Reachable by boat, during a trip from 4 to 6 hours depending if you take the fast boat or the slow one.

Phu Quy Island is a really windy kitespot, when winds in Mui Ne and Phan Rang are not so reliable you could dare to visit Phu Quy Island, considering that in winter winds blow generally between 25 and over 40 kts, while in summer the average wind speed is 20 kts. 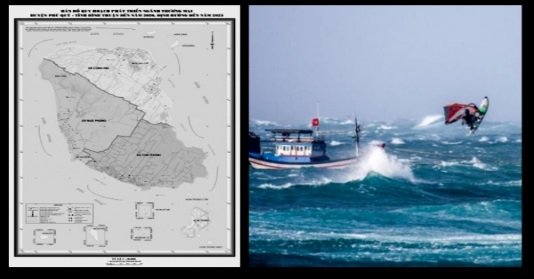 It is known that during winter season sometimes due to bad seas the boats stop working for several days.

Con Dao islands are located about 140 kms from Vung Tau. The island can be reached by boat and also by plane from Ho Chi Minh. 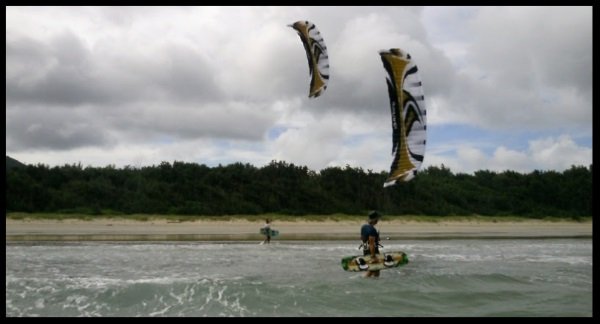 During our last visit, we opted to practice kitesurfing on the beach at the end of the  airport runaway.

Though a lot less windy than Phu Quy there’s no much to do on  Con Dao island and a 3-5 days visit should be enough.

About our favorite Vung Tau kitespot, Bai Sau beach, located in the eastern part of the city, we have probably said enough in our webpage.

Vung Tau city is only 125 kms from Ho Chi Minh city. The city of Vung Tau is the favorite beach resort for the inhabitants of the biggest metropolis of south Vietnam, this is Ho Chi Minh city

Though rather less windier than Mui ne and a lot less windy than Phan Rang, in Vung Tau beach, especially on the last part of it, water conditions are friendly and not so demanding as on the Bai Sau beach, or Back beach, which is ion the other side of the city. 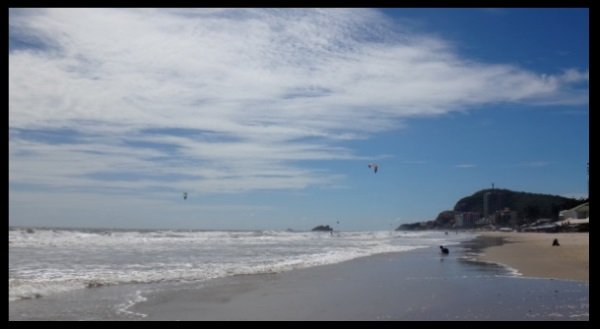 However there’s a lot of empty space on the beach and also in the water.

Also possible to reach two different kitesurfing scenarios, waves, and/or  shallow water, only separated by few kilometers of distance, which can be even done by riding a motorbike in low tide without needing to access to the road.

However you always have to keep in mind the tide, as in low tide there’s not enough depth of water to ride safely

Do you want to learn kitesurfing in Vietnam?
Book your course at the best price