When we decided to create our kitesurfing school in Vietnam  far from Europe’s winter, we took into account a number of options to choose from among several countries.   Different factors which would make of this decision the best and the most successful in every way.

After analyzing all that factors, it was decided to reward the light and medium winds option, 12 to 20 knots, and the flat water conditions needed for the best outcome of our kitesurfing lessons

Considering as well, the possibility for more advanced raiders which may prefer kitesurfing in waves which can be found not far from our kitesurfing school spot
The answer to all these requirements was the city of Vung Tau, situated 125 kilometers southeast of Ho Chi Minh city.

Between the months of mid September to end of April, Southern Vietnam  receive daily winds from Northeast to East direction, with some exceptions that may last few days, depending on the incidence of possible late tropical storms which could affect the central part of Vietnam on their path East/West especially during the last year’s quarter 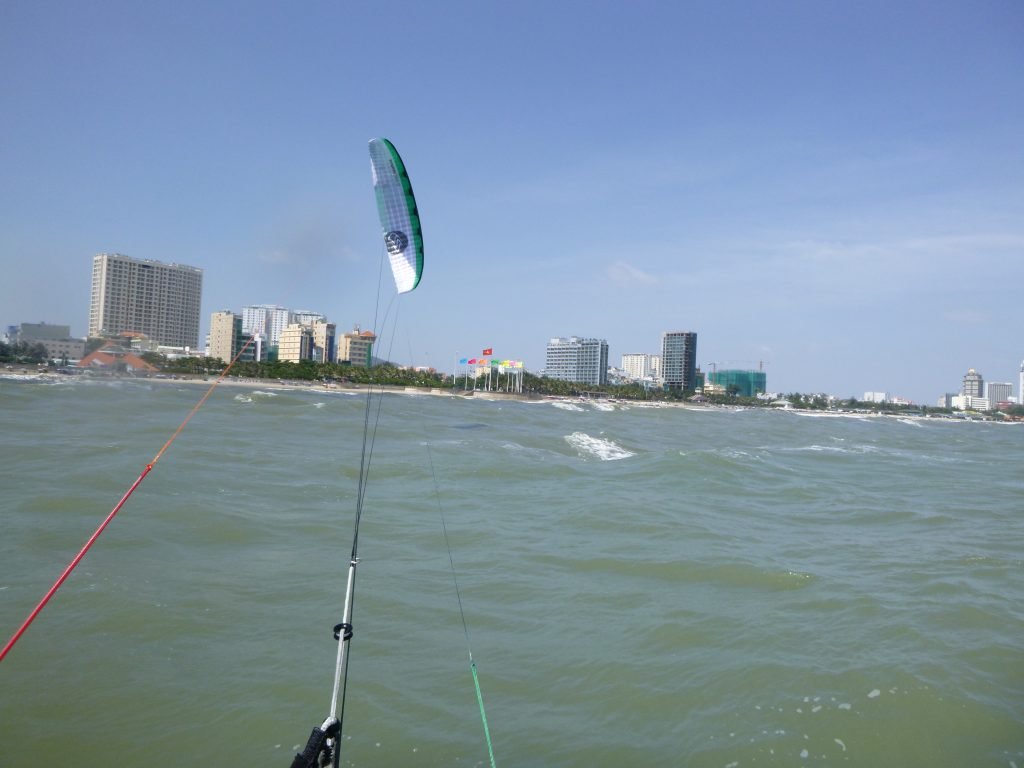 Therefore and until this months we enjoy constant winds which occurs during Vietnam dry season.  That means almost not rain and days of cool gentle temperatures between 26 and 32 degrees Celsius.

On the Southeast of Vietnam, there’s the southern big metropolis, Ho Chi Minh city and following towards South and East, lies the coastal city of Vung Tau, in where you will find the beach of Bai Sau, main beach of Vung Tau, which offers a perfect combination of waves and flat water at different parts of the beach, which guarantees all kind of kitesurfing possibilities 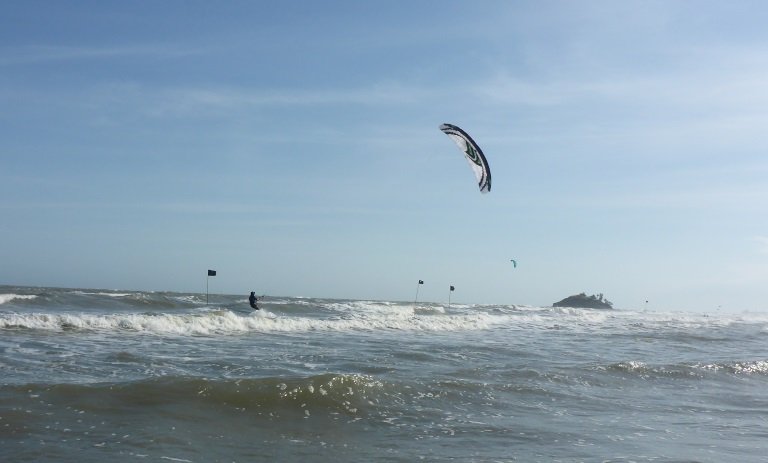 Our kitesurfing students take advantage of the medium winds and achieve a good progression, being, generally, able to stand on the kiteboard and ride within the second and third day of practices.

A normal day in the kitesurfing scene in Vung Tau – Vietnam

Vung Tau has a population of 325,000, and it is a coastal city with elegant design on its avenues, offering two beaches, Back beach and Front beach

Back beach, our favorite, it’s of 14 km of extension, name in Vietnamese is Bai Sau.  Back beach or Bai Sau is a great wide, large beach oriented to the winter Monsoon winds

Vung Tau is situated Southern part of the windiest side of the country. That’s why the expected amount of windy days receiving between 12 and 25 knots during the Autumn, Winter and early Spring months is 80%, that is approximately 24 days out of 30. 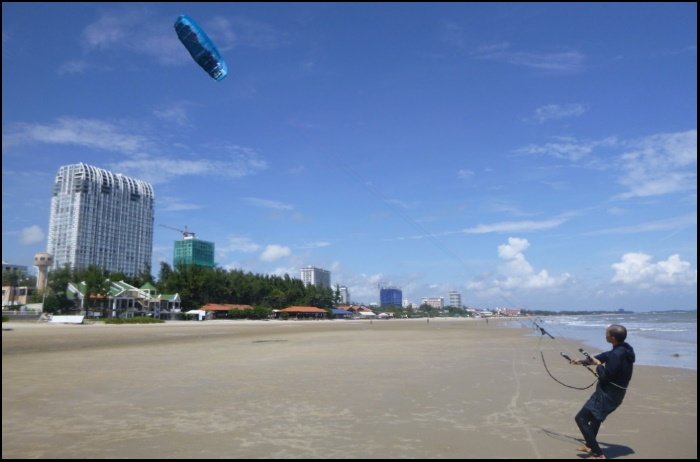 Only the first 3 km of the beach are visited by tourism and local bathers, leaving 85 percent of the beach practically deserted without swimmers or other beach users who might be disturbed by the use of kites

At the left end of our beach, there’s a river mouth where we will find flat shallow water perfect for kitesurfing lessons.
Vung Tau kite spot is Bai Sau beach, offering a big empty space free of any obstacles, knee to waist deep, where to learn and practice kitesurfing without any danger. In Vung Tau there is a small and friendly community of kiters that is increased slightly by some Ho Chi Minh city’s inhabitants which take advantage of their weekends and days off to visit Bai Sau Beach, our kite spot and main beach to practice kitesurfing 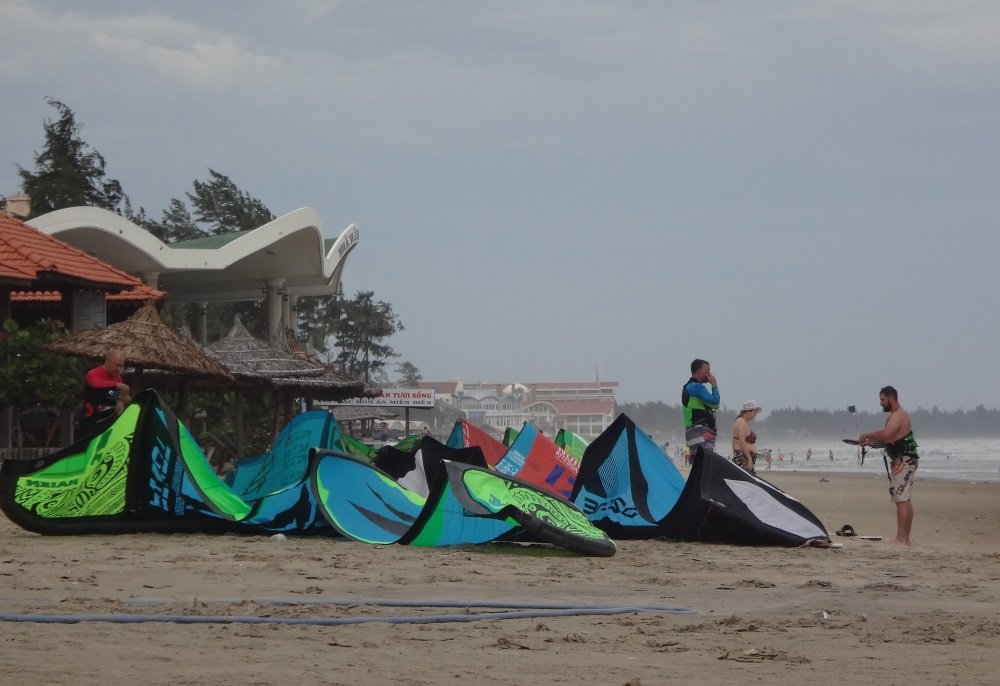 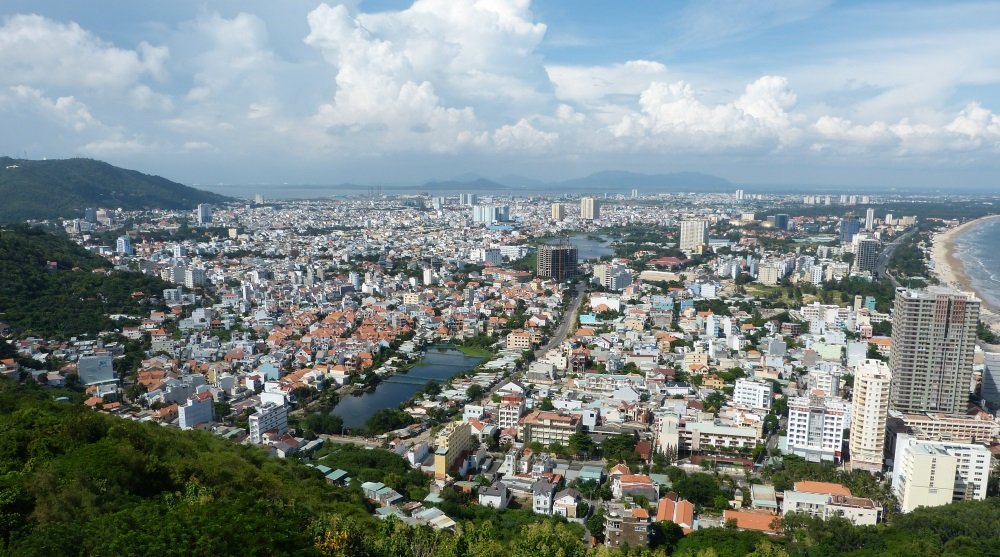 The city has several shopping centers as well as 2 boulevards that run along the beach, where the local community of Vung Tau, along with the visitors enjoy relaxing walks by the seaside. 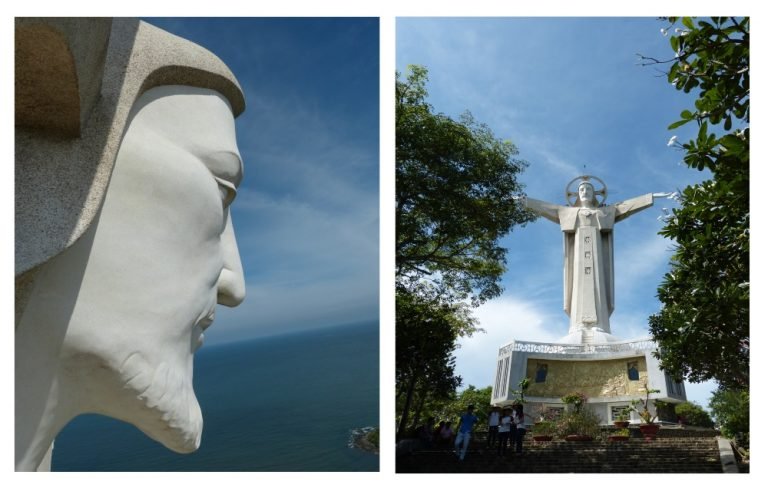 In the city, we find 3 hills, all offering beautiful panoramic views.
One of them offers a thematic attractions park (Ho May Park)
The second hill offers a famous Statue of Christ that can be accessed inside by stairs that reach a viewpoint in the statue arms

On the third hill there is Vung Tau Lighthouse and is the perfect place to relax, where you can rest in a bar with great views of the city from two different angles

Vung Tau offers a huge choice of accommodation suitable for all budgets.
Please, check in the following lines for our recommended accommodation

A flight to Vietnam from Europe has a cost between 650 to 800 euros for a round trip.  The trip is generally of 14 hours duration which takes place in two flights of approximately 7 hours of duration each plus some time on the ground between planes
Once in Ho Chi Minh, you will reach Vung Tau, by limousine bus -6 euros- hydrofoil boat -12 euros- or by taxi -60/70 euros- 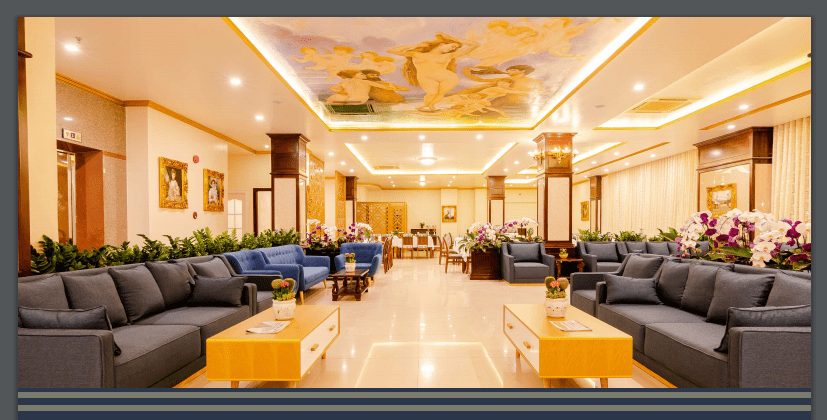 A BIT OF HISTORY
OUR KITE-SCHOOL IN VIETNAM

In 2012, during a 3 months kite trip  through southeast Asia, almost by accident we ended up in a place that did not appear in Google searches with the words kitesurfing, wind and Vietnam.

As a consequence of that, we decided to take our chance and create a kitesurfing school in Vietnam. The reason of it: during that trip, we discovered Vung Tau city and his inexplicably well-kept secret 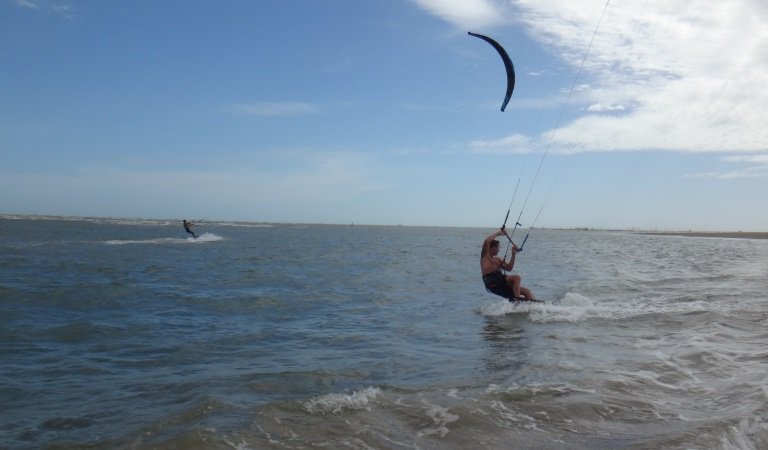 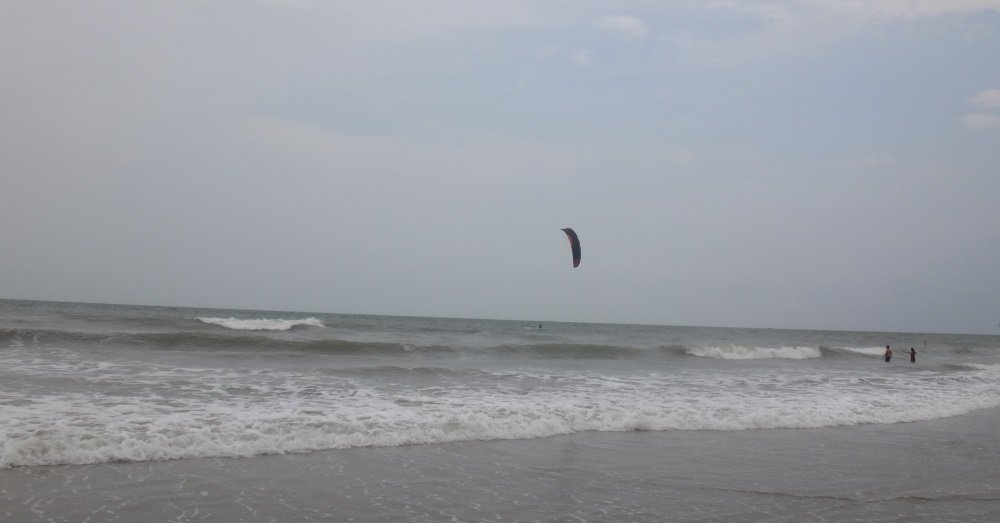 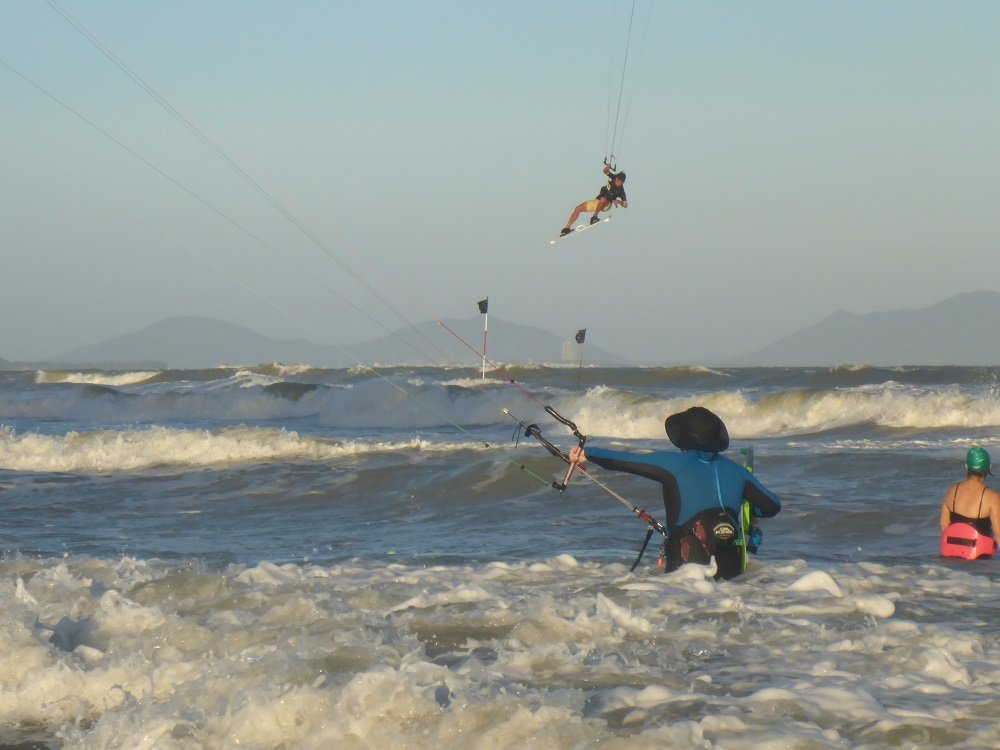 Wind in summer in Vung Tau

During Summer season our kite school in Vietnam it is always operative, depending on the wind force and wind direction as well as sea condition,  as it is the time of Monsoon winds from Southwest and with it, the rain season, most intensely in the months of July and August, though choosing the hour and the day, lessons are also possible

By taking kitesurfing lessons at our Vung Tau school. Once your lessons are over, you have the opportunity to stay connected with our school, our monitors and also with other kitesurfing students, who, like yourself, have concluded their tuition, in order to make everything easier.

Therefore, you can be part of our kitesurfing club.
Kitesurfing Vung Tau is a club-association without commercial interest of which you can become a former student of the school www.kitesurfinglessonsvietnam.com

Our goal is to create a community of kiters in our kitesurfing area, in which people who are part of the club can interact, helping each other, changing opinions, sailing together, buying and selling kitesurfing equipment and in general staying connected as a collective, which is an obvious advantage when it comes to practicing safely, as well as to continue learning and improving your level of kitesurfing navigation 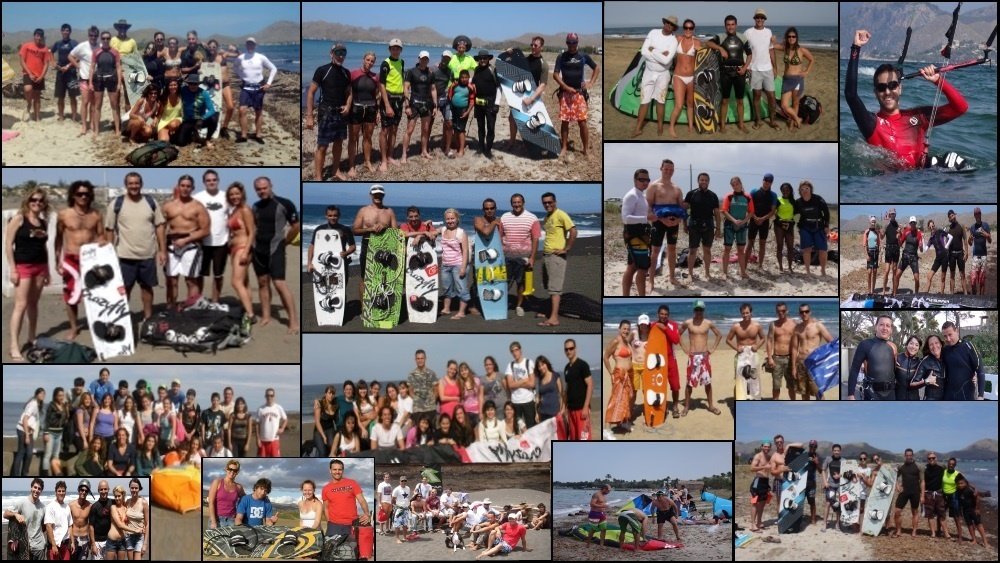 Information about the Kite club-Association , its members and its activities will be uploaded through the page related to the email address of kitesurfingvungtau@gmail.com

As well as the Google my Business page: Kitesurfing Vung Tau also possible to find us on Google Maps: Vung Tau kitesurfing   or following the next link     KITE CLUB VUNG TAU   by typing: kitesurfing lessons in Vung Tau in the search box in the upper left margin

You should consider also that between the months of April to September our kitesurfing school in Mallorca SPAIN it is fully operative.

Further important information about our kitesurfing school in Mallorca can be found through the following links: 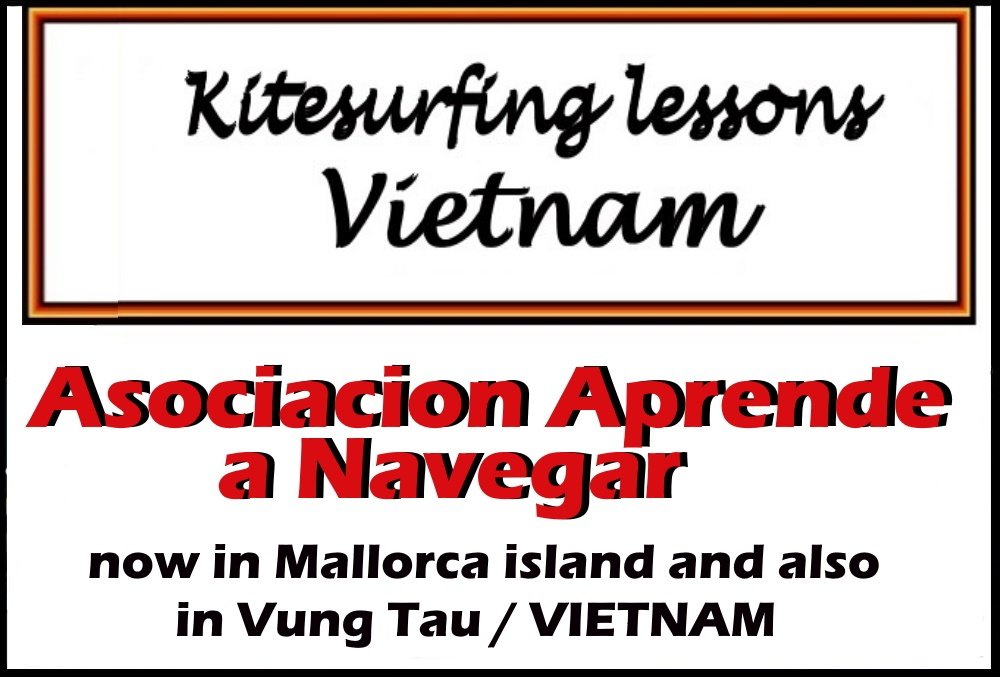