To get to the river there are basically two ways, one by the road and then, with the help of the divine providence, or a Vietnamese GPS – whoever has it – make a right turn at the exact point and after a few curves and some dirt tracks, get to a point where, at least the fishermen of the area arrive with their motorbikes, and even some car, although I have rarely seen any.

Option B, that is the fastest way. Impossible to get lost. Just ride your bike on the beach along the 14 kms of beach. The trip must be done, both ways with good attention to the tide level

Both ways, and I mean it.  To go and to return, at the lowest possible tide, otherwise you can find that perhaps the tide was not as low as you thought or is higher than you would like,

And, of course, you do not want to get caught in the middle of nowhere with the waves entering the exhaust system of your bike , with the consequent economic unwanted fee that would entail, therefore, you have to calculate everything well, but if there is no any incident, at the end of the 14 kms ride on sand, you will find the river!

The river itself, in fact, is a little further ahead because what I’m calling the river is actually the part of beach which is right before the sand bank.

Well, and said that, there’s only left to recognise that the waves could be a little bigger. That would make the spot the perfect one -memories of Ibiraqueira-Brazil- see the links here: 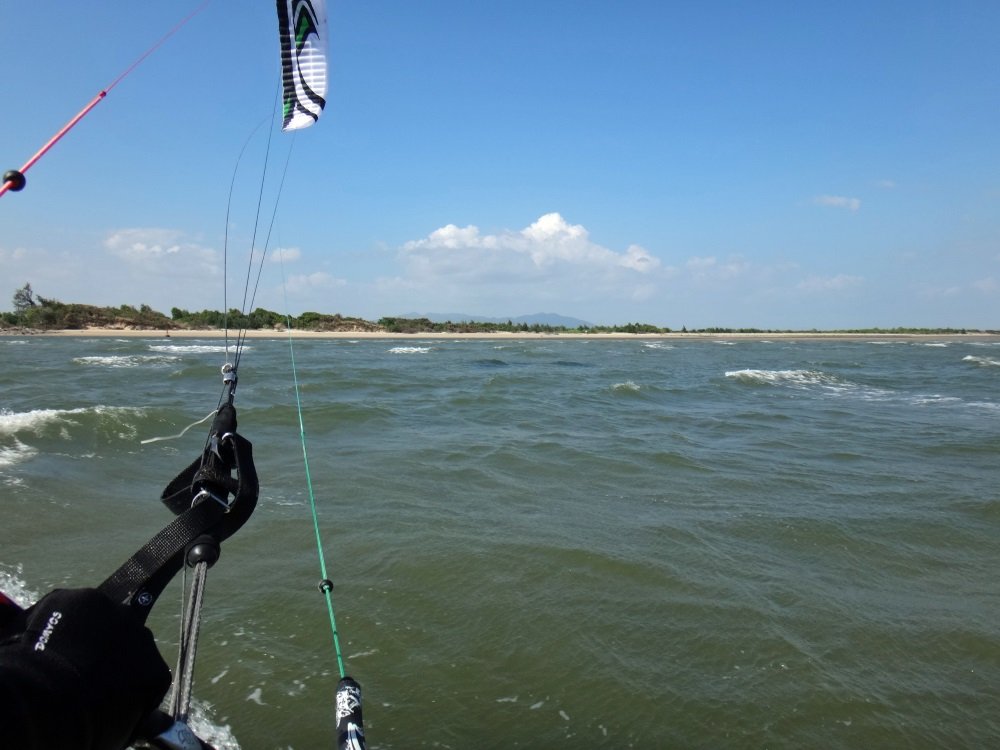 In any case, after the sand bank there are nice gentle ramps everywhere.  To add to the 20 to 25 or more knots which blow, offering the perfect takeoff  for all the jumps that one wants, which can be many 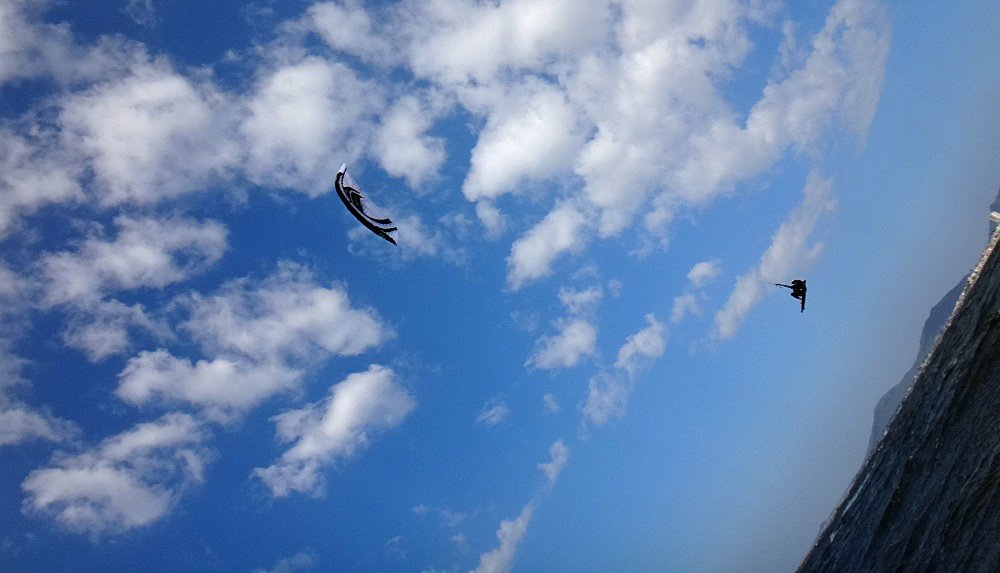 On the day of the report, I wasn’t really thinking of going to the river.I was feeling lazy and I was planning to stay in Vung Tau beach, struggling with the chop and the waves, which are bigger than in the river, albeit more choppy

Well, I was thinking I’d take the day on a quiet basis when one of the Russian colleague-kiter, one of the unpredictable, that is, you could never know when he was going to show up on the beach, suddenly appeared

And, as on the last time I saw him, he had coincided with his first time on the river, even though he had not exactly the skill level that requires to ride on the 20 plus knots of wind that usually blows on the river, he  really wanted to return to the spot and have a try with his new 9 mts kite

So the man suddenly appeared at the Bai Sau beach in Vung Tau and being the only kiter there at that time, convinced me to return to the river kite spot. We organize the equipment and boards on the bike and we headed to the river 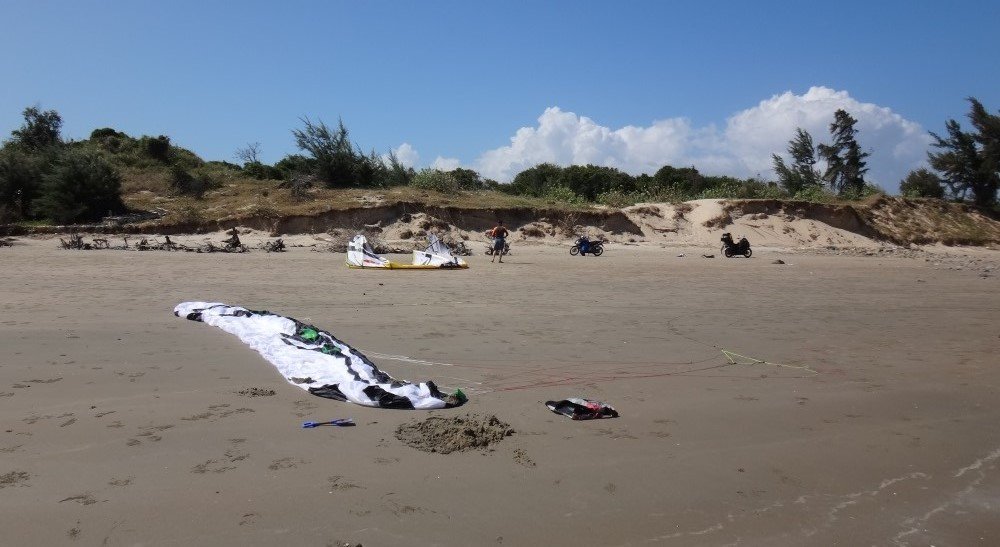 Once you reach the river kite spot, there, the beach is not so wide … The bikes in the background, the Flysurfer Lotus 12 in the sand and my blue sand scratch tool that goes with me everywhere

All the photos on this report can give a rough idea of what that is, and that considering that Igor, my Russian kite pal did not have much idea of taking good photos and with my camera, with its short zoom distances, and small screen, to pretend to take good photos, as you can imagine, is not an easy task 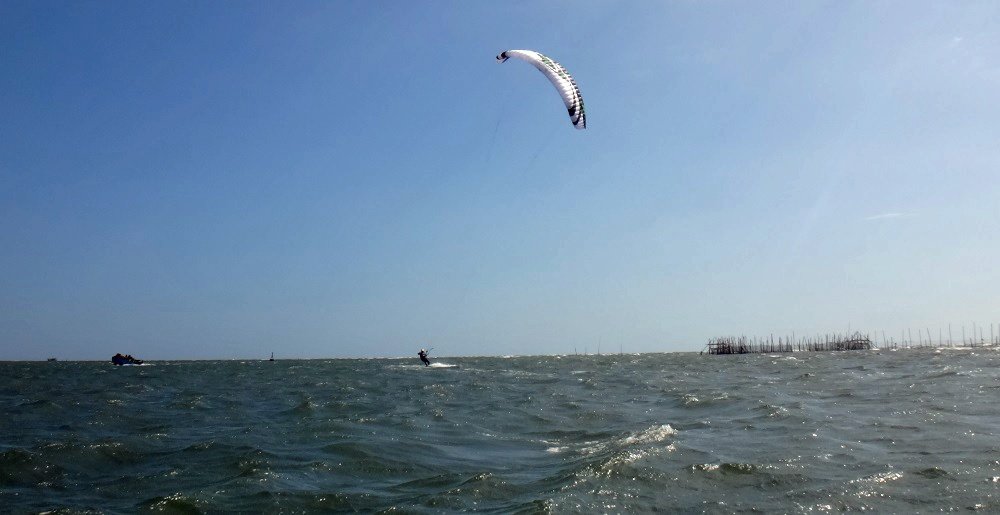 Flysurfer Lotus 12 in the air and a fishing palisade

The river does not enjoy the broad beach as we have in the city beach, in that part the beach is narrower, besides, the beach on the nearest part of the shore is deep, as there is a kind of canal, about 30 or 40 meters broad

This part it is like a kind of river, and once past that stretch, the mega sandbank is huge, sometimes shallow almost as little that even looks like you’re going to nail the board fins in the sand, other times, a height like the waist , but as I said, big, very big sand bank

Long Hai city, across the river

FINAL NOTE:  In favor of my Flysurfer Lotus Speed 4 of 12 meters, which is what I used that day, I have to say that it is a jumping machine with an amazing hangtime 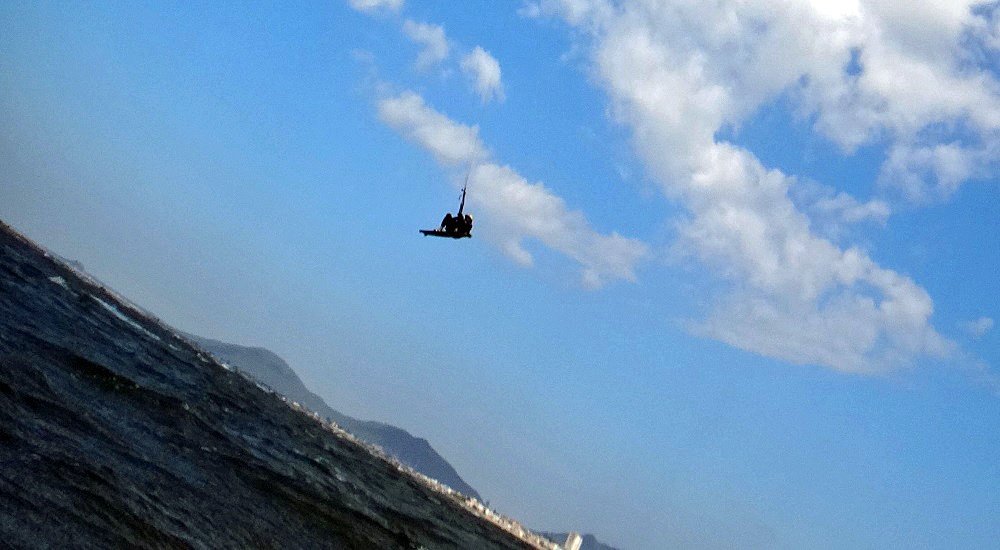 One pair of final photos, this first one of the Back beach or Bai Sau, from a mountain next to the statue of Christ 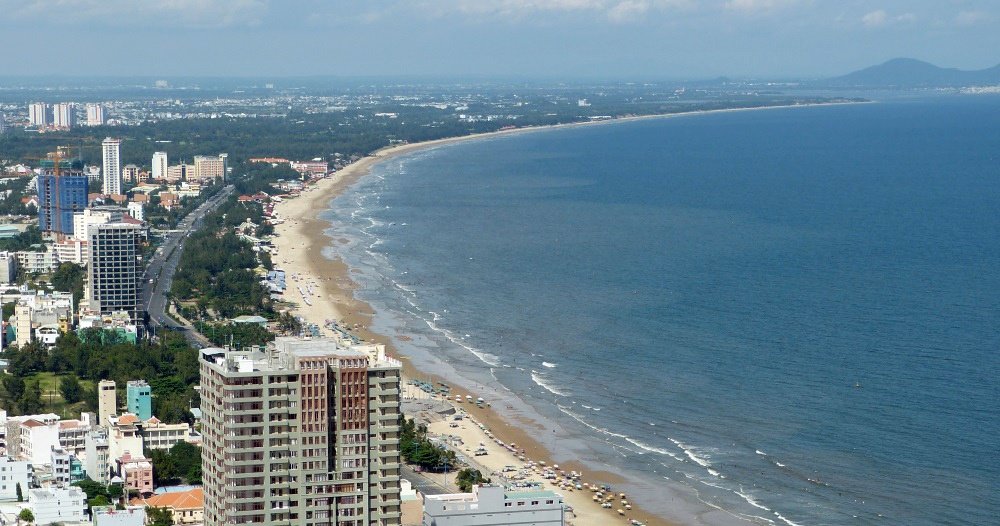 And… a photo taken from the right arm  of the aforementioned Christ, and more than 30 meters of high -of the entire statue 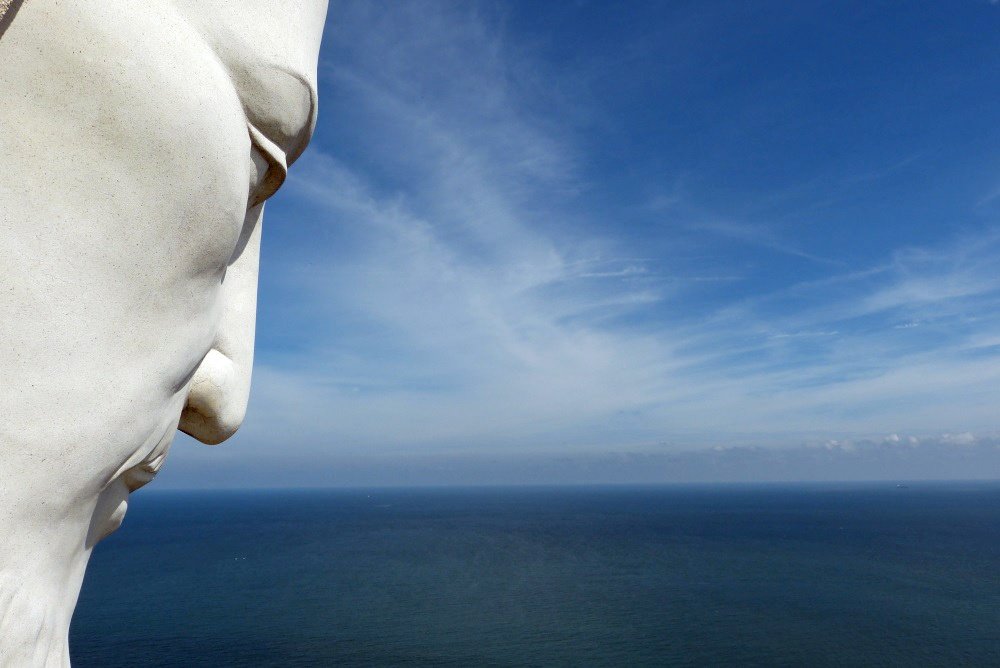