Kitesurfing lessons in Vietnam – kite school in Vung Tau. About kite trips, or … how it all started. That were the first lines of that old blog entry …
These days, when the beach has dry seaweed posidonia up to half meter high on the shore … So followed the post I uploaded 4 years ago on which was about describing our first kitetrip to Vung Tau VIETNAM.

Years have passed, we have visited other kite spots after that, but … we have also returned to Vung Tau, several times. When one has understood the pros and cons, in the end you realize that where you want to go is to … Vung Tau.

As you know, we’ll be there in a couple of days, but in my heart and in my memory I’ll take you all with me, my dear friends and, nothing would make me happier than sharing all this future kite sessions with you.

For you all, to enjoy the huge Vung Tau beach without any sign of seaweed posidonia or anything similar, so that you could enjoy good wind and friendly waves.

So that Anto could be with firm step among the kite-club  graduates, so that Pablo saw how it is when the waves come towards you, although quite ordered, so that Sergio could practice his jumps, and so forth …

And also Dani, would be encouraged to join us also in what was going to be the kitetrip of his life.

The huge beach of Vung Tau

I wish we could agree all next year and make this dreamed kite trip became a reality, it depends on you.

The kite trip – How is it there

An image usually it is said, tells more than hundred words. So be it, and see if this blog entry awake your interest and next year we travel to Vung Tau. 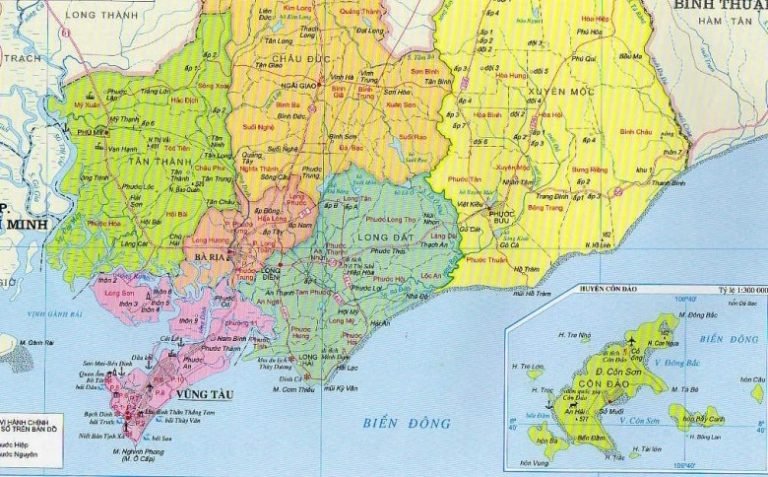 And then comes in mind the low tides of Asia and the beaches of Vietnam.
When we decided to go to Vietnam, at the beginning, we were going to go where everyone goes.

I mean Mui Ne, but after some research and listening to a couple of friends who knew about the subject and … they knew me and my kitesurfing taste, they coincided that … I was not going to like it. 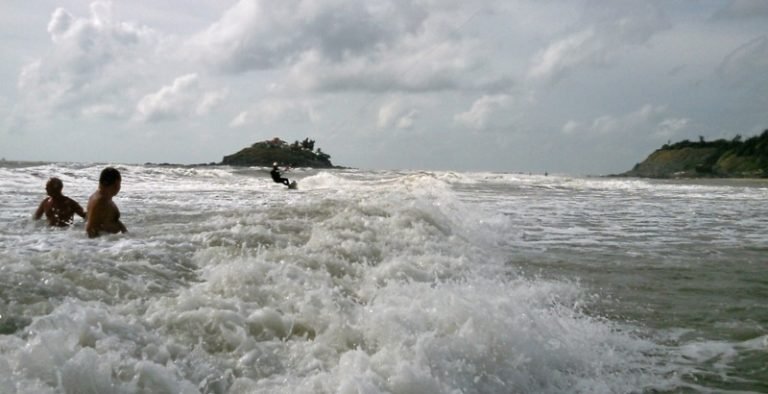 Mui Ne beach would not be my favorite kite spot, why?

Because my kite pals told me that Mui ne beach was not a broad beach, the water is deep, there is always a big shore break  that most times it’s huge and the water is choppy, choppy and more choppy, all seasoned with 200 kiters – most of them friendly Russians who don’t care absolutely about anything – steering frantically their kites left and right and with 0 respect for anything crossing their way.

Therefore, we opted for a kitespot further south which had the reputation of having the best waves in the country, I mean the city of Vung Tau. 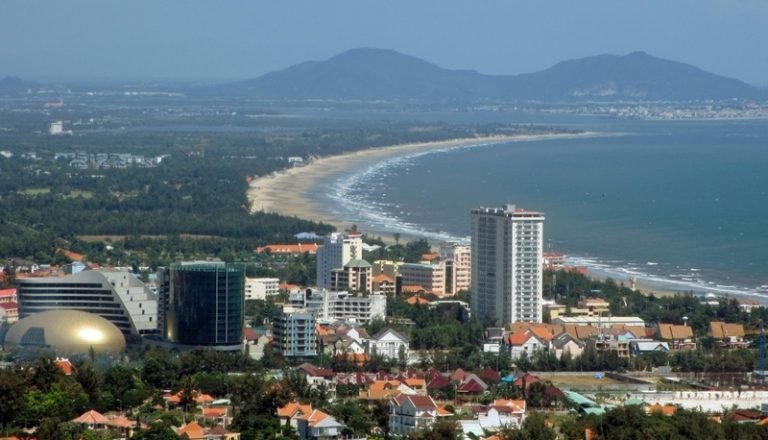 Vung Tau city is apart from the typical tourist circuits, by accident perhaps, not because the place don’t deserves it, so we went to Vung Tau for 3 weeks and except 3 days, there was wind every day, actually, the last 12 days, wind during day and night.

Kitesurfing in Vietnam, what size of kite we need?

We kited with 12 meters kites and sometimes with the 10 meters Flysurfer deluxe, smaller kites we did not need and with the 21 meters we rode just two days, at that time as we had bought the kite just before the kite trip, without even knowing it, because of its size which it scared us a bit.

But … ah my friends! … whoever tries the 21, gets hooked, why? because in 6 or 7 knots you are already kitesurfing, having good jumps with 10 knots and with my 73 kgs able to kite up to until 16 knots.

But the good part comes in those 10-12 knots, for that wind the Flysurfer 21 is a jewel; of the 5 days we spent in Con Dao island, some more southerly island to which you have to fly from Ho Chi Minh city, or get into a boat that would take 12 hours, of those 5 days, all we rode with 21 mts – imagine not have taken it ! 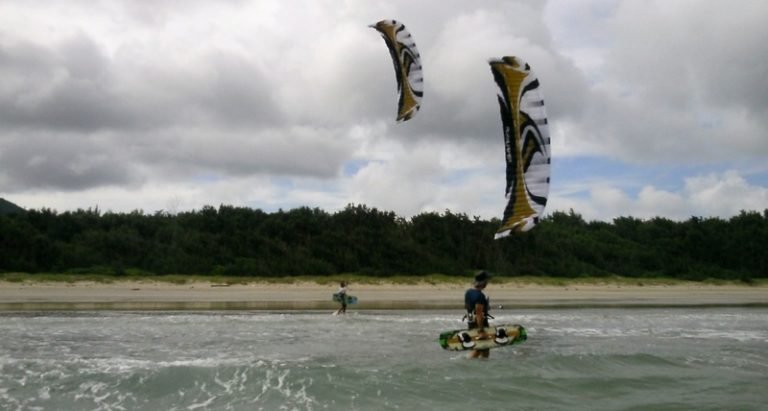 Con Dao beach, next to the airport. The beach is 2300 meters long by 200 meters broad at low tide, that’s when those flashes come to my memory, especially when, we are confined in our Mallorca beach with the damned seaweed  posidonia everywhere and start longing for Con Dao beach. 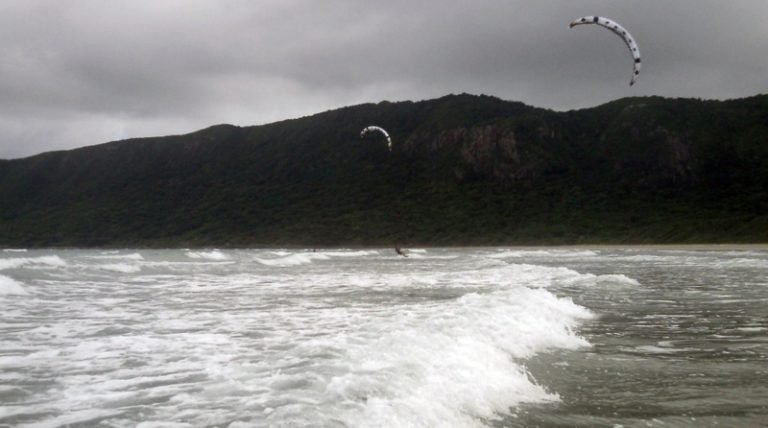 Perfect waves, sometimes smaller, other day were larger and all … because we did not get good wind conditions, just enough for a ride in 10 knots of wind.  As I am writing this lines it is possible to kitesurfing with 10 meter kites each day and the waves are already of bigger size.

Anyway, I will not upload many photos but to enough to give an idea, yes, ah! One thing, in Vung tau, as you can see in the photo under, the beach is at the feet of the Christ statue hill and it must be 16 km long with almost 150 meters wide at low tide. 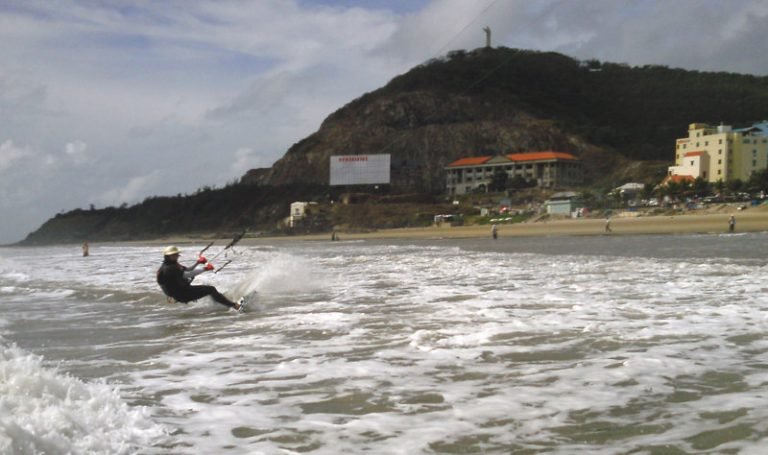 And towards the left from the city, we rode on a 125 cc motorcycle down the beach. This motorbikes we rented for 5 euros a day, to get us to kitesurf near the mouth of a river, where sandbanks form.

At low tide, right on the beach,  from where you park your bike, with the kite up on the air  until the water you can calculate to walk up to 3 minutes until you reach the water. Real low tides! 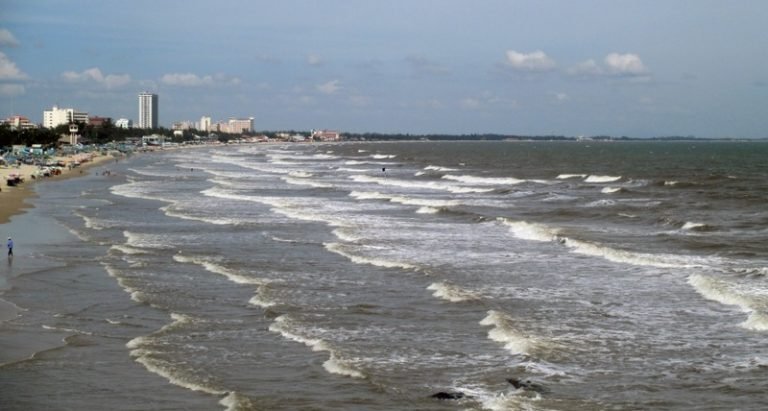 HOW TO GET TO VIETNAM

The flight from Frankfurt to Ho Chi Minh,  800 euros round trip with Emirates. Once in Ho Chi Minh with hydrofoil boat that goes up the river, 1 hour and a half of trip and 8 euros and you’re already in Vung Tao.

If by limousine minibus, calculate 5 euros. This is the preferred way of transportation until Vung Tau

view from my hotel window

Accommodation of all prices, I am in a room facing the sea 50 meters from the beach with a super ventilated terrace, on a 4th floor for 10 euros a day, eating can cost between 8 and 15 euros, people do not understand English , only a small part of the population. Locals are super friendly and helpful.