kitesurfing in Vung Tau – kite cruising session in May

Brief explanation under the title: kitesurfing in Vung Tau – kite cruising session in May, or how the second “cruise session”  happened in “the river” kite spot. The cruising kitesurfing session took place on May 9th 2020

Kite cruising, meaning: travelling in kitesurfing.   That is, travelling, not just back and forth without an specific course, which is what most people does when they are kitesurfing

To choose a certain route, it is quite a different thing of what it’s usually a normal kitesurfing session, always just for the fun of it and without defined goals or objectives, only sailing towards one side and the other

Given the special direction of the wind this day, something completely new and unusual, considering that even and given the late wind change of direction this year if compared with previous years, in which this changes already began to take place around mid-March, last May 9th, it was the first day of that particular  -but not unpleasant- wind direction.

kite cruising session in May

I started kitesurfing receiving the wind almost 90 degrees from my bow -front part of my board- with the feeling of a loose and uncontracted sailing.

But after a while, it was evident that I was sailing in an almost straight direction, with the nose of my board pointing towards Long Hai, very far in the distance, with its urban core -understanding for the expression: urban core, that we are talking not in high numbers of population but to the town center-  well visible but, due to the great distance, without being able to require many details. 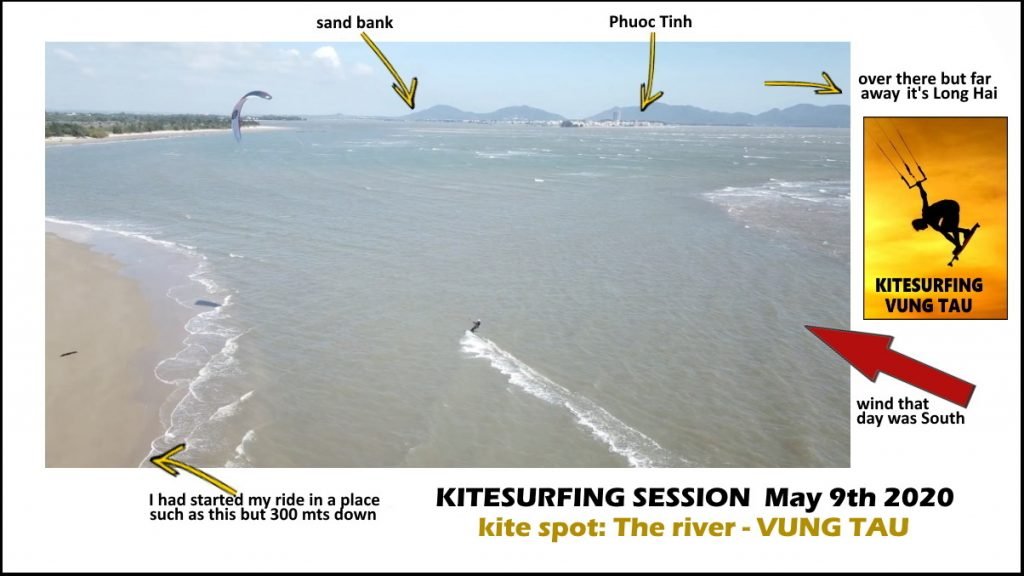 Lo and behold, as the navigation unfolded, it was more than evident that I was proceeding at considerable speed and without any obstacle, or, in other words, farther and farther away from the starting point and more than that, increasingly, evidently closer and towards the still distant Long Hai.

It was then when common sense came back to me. Cautión! … Be careful! … because you are right in the middle of nowhere and,probably, beyond that.

Let’s think, let’s think … Oops!   Let’s just turn around! Let’s not challenge my luck, just in case something escapes to my control and it fails
And there I was, in what I think it is called sailing at a broad reach, sometimes almost at a training run, and if this is not the right word, what I mean is: sailing receiving the wind at my 7 pm.

Long, long track, not as comfortable as when I am receiving the wind at a beam reach and neither as fast if in kitesurfing -though perhaps yes, if on a sailboat- 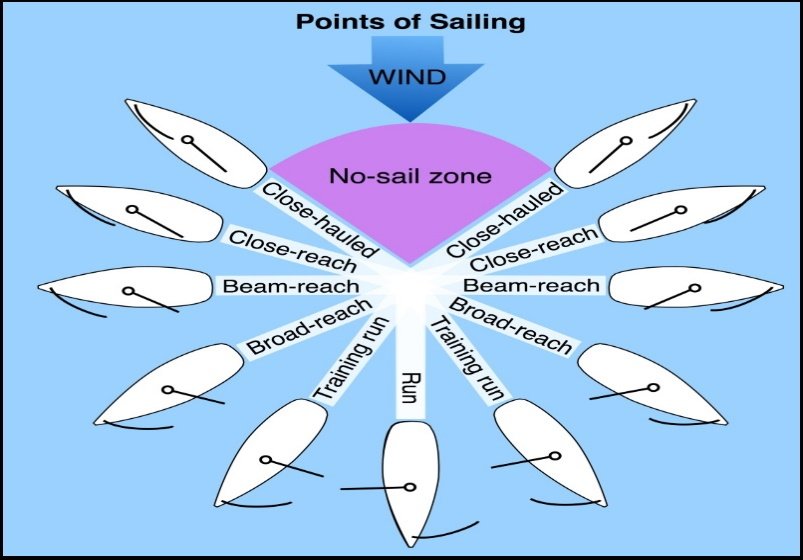 I hit the shoreline of my starting point, this time quite more downwards from the point where I first started sailing … and then I kept kitesurfing at close range, sometimes almost at close hauled course, for quite some time, until I decided to go back to the reach beam course again.

This time much closer to the coast than on my first ride.  I even greeted a group of children who seemed quite surprised, as they had probably never seen a kite and board, all at a good speed and close to the, at this point, concrete ground of the shoreline which is at the tip of Phuoc Tinh.

I kept sailing on that pleasant beam reach course for quite some time and at a distance of about 200 meters away from the shore.  I even met a guy floating inside a blue inflatable ring.   He was right there, floating in the middle of nowhere. As I surpassed him, kitesurfing at good speed, he greeted me with enthusiasm, due to the unusual of the situation

And there I was, riding fast on a comfortable happy course, sometimes just 50-100 meters from the shore, a sandy beach, this time.  And so I followed until I began to realize I was kitesurfing again, in the middle of nowhere, as had happened on my first tack, but in spite that I tried to keep some conscience of my actual position, I was quite far away once more from my starting point at the same time that I was rapidly approaching Long Hai, without realizing it … but evidently 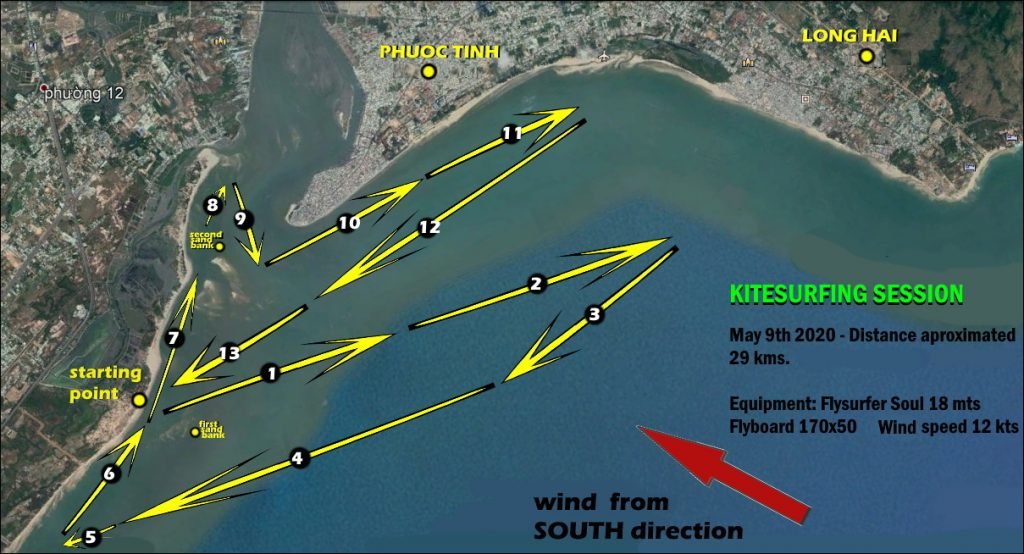 So, it was time to turn around once again, but with it, this time, I had to face a new challenge.   I was so far away from the original starting point on the shore, where this day I started my kitesurfing session, that it was almost impossible to know where I was, and that, obviously, to be added to the difficulty of the task itself, plus the fact that this time I was riding against the sun and its merciless reflection on the surface of the sea.

I figured that out, rewinding in my mind, what I’ve done to get until there, and what it should take to get back to the original starting point.  After reflecting on what had happened, I decided I should probably try to keep the sun arriving to me at 1pm and at the same time deal as best I could with the direction of the short annoying swell which, while not being a hard challenge, at least sometimes, It was a little unpleasant.

As far as I could recall, these were my two points of reference: sun at 1 pm and waves which arrived more or less from 11 pm.    I had to correct the angle several times as I suddenly realized that the sun was no longer at 1 pm, but at 12 am, which meant I was probably gaining more upwind than I intentionally wanted, from the original beam course to a slightly close range course.

Add to that, that, a couple of times I fell because the swell was coming directly towards me instead of  arriving from 11 pm.  However, and taking into account these changes, after some time keeping that course, I was able to recognize in the distance, at 10:30 pm, the distant poles of the fishing net traps, those that were further from the shore, and from from then on, I already knew where I was, and everything became more familiar.

In short. A fun and enjoyable cruising ride that challenged and tested both my sense of direction and my kitesurfing skills.

I hope that any of these days I can repeat the experience, this time not alone, but with my good kitesurfer pals Ha and Tuan.
Maybe playing the old game of “mother goose, baby goose”, in that case, not only one but two geese (them, of course) in which to keep a constant distance between them and me of at least 100 meters, they should follow me on my tracks, from the beginning of our kitesurf session to the end